(BLAINE – July 21, 2021) – Centennial Schools reached to the other side of the Metro to tap someone to replace former superintendent Brian Dietz.

The school board selected Prior Lake-Savage Schools Assistant Superintendent Jeffrey Holmberg as its interim superintendent. 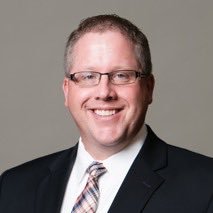 Dietz resigned effective July 12 to take the top spot in the Walker-Akeley-Hackensack school district Up North. He had been superintendent of Centennial School District for eight years.

According to a district spokesperson, Holmberg’s contract is for the school year, and there’s no word when an official start for a permanent replacement for Dietz may begin.

Holmberg has spent his entire career in Minnesota, according to the district’s press release.